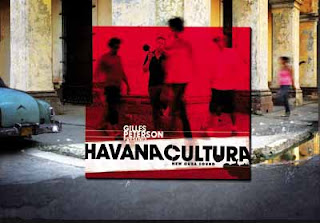 Shhhhhhhheeeeeeeit... Missed da last gig in Paris wid Gilles & the band, had 2 play wid the Sofrito crew here in LDN but still, Leeds & Manchester were brillant, all da people enjoyed the live cuban band (put 2gether last minute by Vince Vella & feat. Ogguere & da amazing Danay on vocal duties) and every1 stayed while we were droppin some funky joints in da clubs... The London nite was pretty horrible soundwise and most of the people were from the industry so not da craziest vibe hahaha but hey,
thats what u get in da capital when u do album release parties i guess... And the band still delivered despite the technical difficulties (its hard 2 have a good sound in a space that has very high ceilings wid only 2 speakers right ??? wasnt da right venue). I heard Paris was a smash. We still had time 2 record 2 songs in my studio wid Danay & Ogguere, i reckon i'll dfntly put one on my nxt (nearly complete) album, already tested it out and works da dancefloor a treat... Danay's got da swing !!! :-)
Check da album its out now, some really good joints on it & its a double cd.

As a little treat this week here's the UNRELEASED remix i did for da last Jose James single 'Black Magic'.
Turn da lights off when u drop dis one on da system ;-)
http://www.sendspace.com/file/fs4o8q
Posted by simbad at 19:02